Printing Page. To return to the web site, close this window after printing has completed.

To print this page, use your browser's print button or function. To return to the web site, close this window after printing has completed.

Compact with the People of Cuba 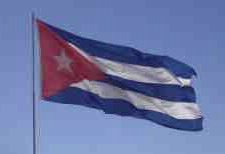 Washington (Dec. 30)—“…the Cuban people have experienced the most tyrannical regime in the modern history of the Western Hemisphere, with the same political elite in power for the past 50 years, “wrote U.S. Secretary of Commerce Carlos M. Gutierrez in an opinion editorial printed in the Washington Times. “The prosperity Castro promised was never realized as the economy stagnated under the weight of communism.” (Opinion Editorial)